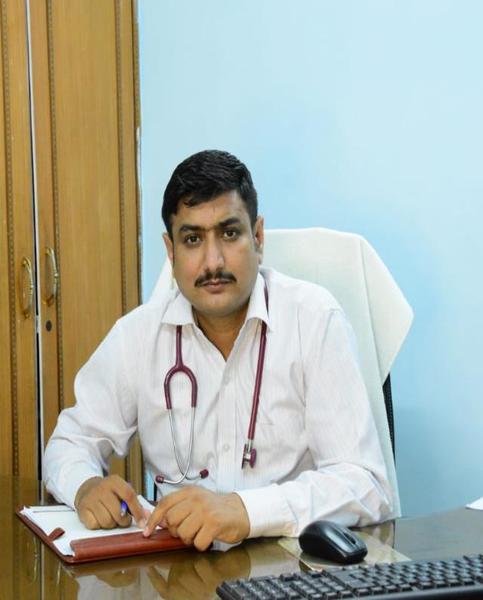 Dr Arvind Gautam practices as a consultant Psychiatrist at ASPIRE speciality clinic Dwarka. He haS completed his MBBS from Govt medical college Trivandrum Kerala. He did his post graduation in Psychiatry from Army college of medical science (Base Hospital delhi cantt). He finished his senior residency from Army college of medical sciences delhi and later worked as psychiatric specialist and head of department 5 Air Force Hospital Jorhat Assam. He has completed observer ship at NIMHANS Bangalore in Child and Adolescent Psychiatry. After working for almost 12 years in military he has started his own practice at Aspire speciality clinic Dwarka.

He has worked at various centres in army and air force and conducted various outreach programs for welfare of military personnel and their families. As Senior Resident Psychiatry he Conducted OPD at Base Hospital and also provided Consultation Liaison Psychiatry Services to inpatients of Both Base and Army Hospital(R&R) . As Psychiatric specialist he conducted Psychiatric OPD at AFCME (Air Force Central Medical Establishment) a Premier NABH accredited institute of Indian Air Force. He was also providing marital counselling, Child guidance clinic, and de addiction counselling at the same centre. He was also providing Psychiatric services to UMEED children (School and Vocational training institute for Special children) at Subroto Park. He was managing 24*7 National Toll free Psychiatry Helpline for Air Force Personnel and their families across the country. He had been a member of Suicide Prevention Programme (PERAC-Psychological Evaluation and Remedial Action Committee) of Indian Air Force. He has formulated module for Suicide Prevention in training institutes of Indian Air Force. He has Proposed Psychological Autopsy for suicide cases in Indian Air Force and has conducted over a dozen Psychological autopsies. Based on above findings, guidelines have been developed across Indian Air force for prevention of suicides. He has Prepared A Health Information booklet on Depression : Let’s Talk for Non Medical Personnel and released by Chief Of Air Staff on World Health day.

Prior to release from service he was working as HOD Psychiatry of one the largest Psychiatry centre in North East of India. He was Conducting OPD for both serving personnel, families and Ex serviceman dependent population and working towards various health outreach activities and conducting regular lectures on depression, marital counselling and stress management.